On Tuesday evenings I get out of class at 9:50 pm. So, yes it is very dark outside. I must then take the walk from the School of Education building back to the Walker parking deck. Not very far. 5 minutes at the most. Yet, every single Tuesday night my mama wonders “Why are you out so late?” “Are you walking with someone?” “Do you have your keys ready?”

Despite the fact that I do not feel unsafe walking to my car this late at night, I must answer these questions affirmatively. To ease her worries.

But this is not a stand alone situation. This is the case in 99% of the situations in which I venture off alone. Especially when it is dark. But why can’t I, a college-educated, plus size woman, walk anywhere on my own? Why do I have to ease my parents worries by ensuring that I drag along a friend? Why do I have to walk hastily to my car with my keys in hand ready to jump in?

Because society says so.

Society has told me that I am at risk. I must protect myself. I must not walk alone.

But does society tell men that by the age of 18, 1 out of every 6 boys will be sexually assaulted. Parents, do you tell your boys 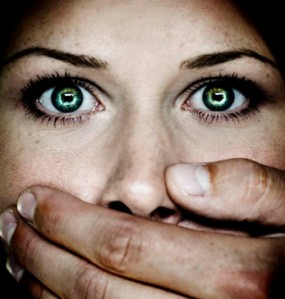 that 1 out of every 33 males in American have experienced a completed rape? Parents, do you tell your children to be careful of their family because the stranger is not likely to be the assailant as 93% of juvenile sexual assault victims knew their attacker?

Sometimes society tells us the wrong things. Society has told me to protect myself from stranger because I am a women. Society has told my younger brother that he is fine to walk around freely at whatever time and to do what he pleases.

Families. Parents. Beware of what society is telling YOU to tell YOUR children. Beware that what society is saying is not always right. Yes, there is danger in the stranger but there is also danger in those that are closest to us. Beware that you not only need to protect your little girls, but you also need to extend this same protection to your boys. Beware not to render your young girls helpless. Let them know that they are not the cause of rape or sexual assault and that they can tell their story and receive justice. Let your young boys know that their masculinity does not mean that they must be silent about rape or sexual abuse. Let young boys know that they should respect women instead of reproducing a patriarchal society in which women cowering in fear of a man walking down the street. Let girls know they are equal to men. Empower your boys. Empower your girls. Empower your children.

Instead of teaching girls not to get raped how about we teach boys not to rape.

I wish I could walk freely down the street at 10pm to my car without having to walk briskly in a crowd with my keys in hand.

I feel as if there are a whole host of things at play in our socialized messages to young boys and young girls. Lack of equality in gender. Lack of acceptance of difference. Lack of awareness about sexual assault and rape. Lack of resources to fight the injustices. Lack of understand that rape is not a act completed only by “men”. That women are not the only ones who get raped..

Instead of telling us that you shouldn’t rape ANYONE…

Society tells me that I have to be careful and I have to work hard to ensure I don’t get raped.